In the first post in this series, we discussed an important key to understanding Christ’s message at Bountiful. It is that the message was specifically targeted to the last days gentiles—you and me—and not to the people at Bountiful. If we are to understand Christ’s discussion of the covenant, this is the point at which we must start. We should apply his words to US, not to those long dead who initially wrote them.

With that preliminary in place, we next need to discuss several more keys to understanding Christ’s message to us. In today’s post, we’ll examine some of those keys and how they affect our understanding of Christ’s message. I realize it’s probably a lot more interesting to get right to the message itself, but it really is vital to start with these preliminaries. We’ll have to sink a rather deep mineshaft to get to the gold, but it will pay off in the end. 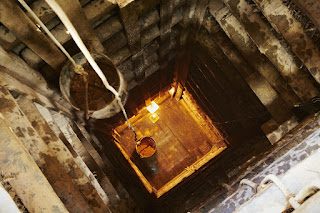 I expect it will likely take even a couple more posts to sink that shaft before we get to the actual text of the message. The good news is that those posts are coming along well and I’m not the only one writing them. So with some luck and divine aid, we should be able to start moving a little more quickly.

Christ’s teachings at Bountiful are the highest achievement and deepest treasure of the Book of Mormon. We simply can’t approach them casually or take them lightly. Context is everything in understanding this message, and if we fail to view it through the right lenses, we’ll continue making the same errors that have been made for 187 years—and obtain the same unfortunate results.

The opportunity for the covenant is soon upon us, and time is running short. We can ill afford to misinterpret the message at this point.

So with that introduction, let’s take a look at some keys:

Key #1: Throw Out the Numbers

I’ll illustrate this idea by intentionally chopping the following paragraph to bits:
The above was intended as one paragraph and one thought. The verse divisions only distract, and can even mislead. In fact, the verses make the whole thing nearly incomprehensible. So here it is again, without the interruptions:


As we approach the text of Christ’s message, we must keep in mind that the division of the text into chapters and verses is completely artificial. The text was not recorded that way, nor was it translated that way by Joseph Smith. The artificial divisions were added post-Joseph, and frankly, do quite a bit to impede understanding. Therefore, it’s proper to ignore them, or better yet, use a version of the Book of Mormon that excludes them. When I began reading the Book of Mormon without constant numerical interruptions, it became an entirely new book. It reads very differently without the numbers.

The one caveat I’ll add is that, for purposes of reference and locating specific words, I’ll continue to use the current LDS chapter and verse system as reference notation in this series of posts. This is only a practical consideration; the text still stands on its own, regardless of numbers, and should be studied that way.

Though we refer to Christ’s words as His own, He makes it clear He is, in fact, merely the messenger. The covenant, the message, and the work now underway are all actually the Father’s. Christ informs us of these facts repeatedly in 3 Nephi.

To be more precise:
Of course, Christ and the Father share the same mind and will, so we can properly call it Christ’s message and Christ’s work as well. But I believe it’s worth noting that the original covenant with Abraham and its final fulfillment in the end, are all Father Ahman’s doing. This will become increasingly relevant as we move along.

Key #3: Continually Before His Eyes 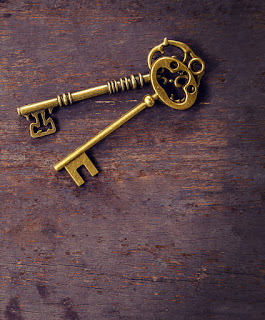 All things—past, present and future—are continually before the Lord’s eyes (D&C 38:1-2, 130:7). Therefore his method of communication can, at times, be difficult to follow. In particular, verb tenses, pronoun objects, timetables, subjects and audiences shift continually as he speaks. Trying to distill the information down to fit our linear way of thinking can be challenging, or even impossible without divine aid. Likewise, it’s a mistake to assume the Lord thinks or speaks like we do. An entirely different approach is needed.

Remember, He required the multitude to be filled with the Spirit before He could even deliver this message to them. Likewise, we cannot expect to understand it unless we are similarly filled with the Spirit—which is defined in the Lectures on Faith as the “mind of God” (LoF 5:2). That is to say, the only way to understand the message is to have access, by the Spirit, to know what Christ was thinking when He said it.

In His message, Christ directly addresses the latter-day gentiles, the latter-day Jews, those who believe His words and receive the covenant, and those who do not. He delivers remarks at times specifically to the twelve, and at other times generally to the multitude. Unravelling the specific group to which each statement is directed, and the group to which it is delivered, aids in understanding the message—and reveals significant information hidden just below the surface.

Fortunately, we are aided by other portions of scripture to help us match up Christ’s statements with the groups to which they’re directed. We’ll do so as we examine His message.

Nearly all of us who read the Book of Mormon come from an LDS or other Mormon-based religious tradition, in which we have been handed a set of beliefs about who we are, who we aren’t, what the Lord thinks of us, how to identify certain groups, how the Book of Mormon should be interpreted, etc. For example, one common LDS belief is that the Book of Mormon references to “gentiles” universally refer to non-LDS, non-Jews—essentially to other Christians. If you’re LDS, then automatically you’re on the righteous side of the equation and all the warnings and threats to the gentiles apply exclusively to all the other churches out there—and not to you.

This interpretation is both false and damning. Until we awaken to the idea that the Book of Mormon writers referred to US as the gentiles, we will never heed the warnings or repent. Many of us have come to this realization and let go of this false assumption, but it must not stop there.

What other false assumptions also burden our reading of Christ’s message? Well, how about this: There’s a common assumption that the “remnant of Jacob” on this continent refers exclusively to descendants of Lehi, which we interpret to mean Native Americans. Therefore, some expect that the prophecies were intended for, and will be fulfilled by, primarily Native Americans, with perhaps a few gentiles along for the ride if they repent. I used to believe this, until I studied the scriptures more closely, and found that they tell a very different story.

Though it’s difficult to cast aside such traditions, it’s absolutely vital to do so if we expect to have any chance of understanding Christ’s message. If we want to understand the covenant, we must abandon ALL assumptions and traditions, in favor of what the text actually says.

Just because we ascribe certain expectations to how, when, where, and by whom the prophecies will be fulfilled, that doesn’t preclude the possibility that the Lord may have something completely different in mind. A rigid view that things MUST happen a certain way and in a certain order is the greatest hinderance to understanding what is actually happening. Our thoughts are not His thoughts (Isaiah 55:8-9) In the end, nobody will be in any position to tell the Lord He didn’t fulfill the prophecies. All who failed to recognize their fulfillment will have to admit their assumptions were incorrect, and consequently their eyes were blind, and their hearts were hard. It’s best to admit our ignorance now and seek understanding while we still can.

Ok, with these keys in place, we can move ahead to begin examining the covenant more closely. We’ll do that in the next post. Until then, we would do well to remember Christ’s advice to the multitude when they could not understand His message:

I perceive that ye are weak, that ye cannot understand all my words which I am commanded of the Father to speak unto you at this time. Therefore, go ye unto your homes, and ponder upon the things which I have said, and ask of the Father, in my name, that ye may understand, and prepare your minds for the morrow, and I come unto you again.

New comments are not allowed.