As we said before, so say I now again, If any man preach any other gospel unto you than that ye have received, let him be accursed.

Some time ago, I wrote about the mission-age-change related “Hastening the Work” emphasis of the LDS church, and how it came to be called revelation, even though the LDS prophet never said it. As I pointed out in that post, the process worked exactly in reverse. There was first a trial run, followed by a policy change, then explanations and clarifications, and ultimately the pronouncement that it was revelation. 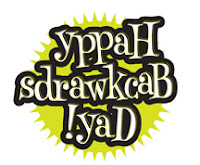 But good precedent existed for this backward process. For example, when the ban was lifted on black men receiving priesthood, what started as a policy change, mandated by social, financial and political expediency, ended up being called revelation, though there never was a revelation. (If there was, please tell me where I can find it. I realize Official Declaration 2 says there was one, but the actual revelation has never been offered.) Those who were present describe a decision-making process, not a revelation.

A “revelation” requires something to be revealed. And while it’s possible to claim a policy change “reveals” a new direction in policy, I’d reply that my breakfast order “reveals” what I want for breakfast. It’s technically true, but devoid of any real meaning or new understanding.

The priesthood ban has been lifted, but no clarification has ever been offered to explain over a hundred years of LDS prophets and apostles declaring doctrines now regarded as false. In this case, the silence on the subject is the most revealing part of all.

Of course, no revelation has been offered to the membership of the church on this matter. No explanation of why the LDS church is now contradicting the Doctrine of Christ has been provided by the Lord or the prophet. The last pronouncement I’m aware of was given by the Lord Himself:

I bear record that the Father commandeth all men, everywhere, to repent and believe in me. And whoso believeth in me, and is baptized, the same shall be saved; and they are they who shall inherit the kingdom of God. (3 Nephi 11:32-33)

Note the requirements preceding baptism include faith and repentance. No more, no less.

The Lord, in explaining His Doctrine, also insisted it must never be changed by men:

And whoso shall declare more or less than this, and establish it for my doctrine, the same cometh of evil, and is not built upon my rock; but he buildeth upon a sandy foundation, and the gates of hell stand open to receive such when the floods come and the winds beat upon them. (3 Nephi 11:40)

So here’s the point. LDS revelation now seems to be operating in reverse. Rather than the prophet receiving a message from God and presenting it to the church, we instead see policy changes secretly implemented, then discovered, protested, explained, and eventually declared revelation well after the fact. Or, as one Facebook commenter put it:

It seems this backward revelation is coming from the wrong end of this process. I thought that only happened to Balaam.

Well, since you asked, let me lay out what I think is happening.

Here are a couple of examples of the above:

When the LDS church was reconsidering its support of scouting last August, a professional poll showed 63% of active church members were against scouting. But once the church announced its intent to stay with scouting, a new poll showed that among the same demographic, 81% were in favor of scouting. That’s a massive swing. In fact that’s an absolutely unheard-of swing! To go from 63% against, to 81% in favor, in less than a month, demonstrates just how powerful LDS leadership is in forming the opinions of active members.

Similarly, though polling suggests that only around 10% of LDS church members favor ordaining women to the priesthood, that number goes up to 77% who would favor it if the prophet said so. 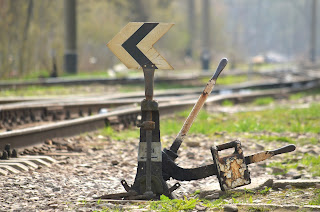 In other words, LDS thought is not shaped by scripture, study, reason, understanding, or even personal revelation. One item trumps all these. Propose any idea, then pull the revelation lever, and the membership robotically falls in line. Period.

It doesn’t matter if the revelation comes precisely backward, starting as a policy change, then morphing through explanations and PR claims until it’s finally called “revelation” to rally acceptance and maintain control. Come to think of it, the whole process makes more sense when you spell revelation backward:

Politicians lie, scramble, scheme and agitate just to move a poll a point or two. They would kill for this sort of power over thought, by simply pulling a lever. It's leverage, you see.

One lesson to learn is that LDS leadership can easily change a wide variety of church policies, teachings, or even doctrines. They can contradict scripture, past leaders, even themselves...and the active membership will unthinkingly fall in line, supporting and defending whatever they’re told to. This is worth noting and remembering.

When the prophet directly contradicts the words of Christ in scripture, we all have the opportunity to show who we worship.

A much better, and certainly safer approach, is for each of us to learn to hear the Lord’s voice for ourselves. Then it won’t matter what men and institutions tell us. Ultimately, He is the only source of truth.

And ye shall know the truth, and the truth shall make you free. (John 8:32)

This all begs the question of just how far true believers will go in following the prophet, when every pronouncement is unquestioningly accepted as revelation. To potentially answer this question, we need look no further than the Fundamentalist Church of Jesus Christ of Latter-day Saints, or FLDS church.

The following is not family friendly or pleasant. But it is true and worth understanding.

As you may be aware, Warren Jeffs, the prophet of the FLDS church, is currently serving a life prison sentence for having sex with children as young as 12, whom he called his wives. But despite his incarceration, he still pronounces “revelation” and controls his congregation from prison, through his brother, Lyle Jeffs.

Warren has made a number of strange pronouncements since being imprisoned, but perhaps the strangest is that members of the FLDS church are no longer allowed to have sex, even within marriage. If married spouses have sexual relations, even once, they will be excommunicated.

Sexual privilege is now reserved for certain inner-circle men Jeffs calls “seed bearers” who have reluctantly shouldered the sacred responsibility of impregnating all the FLDS women. Only the chosen seed may reproduce.

Further, Jeffs has required that other men, who are not chosen “seed bearers” must hold their wife’s hands while the chosen man “spreads his seed.”

In layman’s terms, the “prophet” has banned husbands from intimate relations with their own wives, instead requiring those husbands to hold their wives’ hands and watch while their wives are raped by another man or men. The prophet alone dictates the adultery. Thus saith the Lord, through his prophet, after all.

I hate even having to point out something so repulsive and offensive to God. But remember, these are Saints who claim to believe the same scriptures you do, who accept Joseph Smith and his successors as prophets, who worship in a temple, and who “follow the prophet” in the same way LDS people do. They consider that their very salvation hangs on obeying this man, just as LDS leaders teach about themselves.

One final thought. I’ve been asked why I refuse to simply leave the LDS church alone and go on my way. Some assume I am an enemy of the church, or that I get some sort of pleasure from publishing criticism. This is not the case.

I write about tragedy in an attempt to help us avoid it. 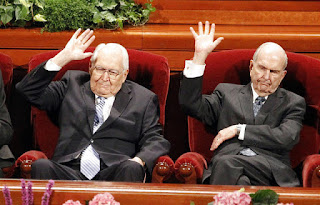 How can we ever become godly if we don’t know scripture? If we lack understanding and refuse to study? If we cannot reason? If we fail to think?

How can we ever exercise agency if we immediately surrender it to whatever PR announcement results from corporate polling, or gets leaked from a secret manual?

How will we ever come to know God if we unflinchingly fall in line behind every false pronouncement made by another mortal?

These things matter. Faith in Christ and personal revelation matter. The words of Christ in scripture matter. He never told us to unthinkingly, blindly, follow a man. Doing so leads to damnation, and too many good people are blinded by this subtle craftiness. (D&C 123:12)

As I’ve explained in the past, the building is burning. But I don’t care about the building. I’m trying to reach the people inside.

And after I had traveled for the space of many hours in darkness, I began to pray unto the Lord...