And I said unto them: Have ye inquired of the Lord?

In my last post, I discussed the importance of asking questions about scripture. To help illustrate what I mean, here are the first eight verses of the Book of Mormon, together with some questions that come to mind. This list is not exhaustive, but I hope it will at least be instructive.

1. I, Nephi, having been born of goodly parents, therefore I was taught somewhat in all the learning of my father; and having seen many afflictions in the course of my days, nevertheless, having been highly favored of the Lord in all my days; yea, having had a great knowledge of the goodness and the mysteries of God, therefore I make a record of my proceedings in my days.

Why start with the mention of parentage? What makes them “goodly?”

Why does Nephi mention that he was taught in the “learning” of his father? What was unique about Lehi’s learning? Does the brief sketch of Lehi’s experiences that follows this introduction help define Lehi’s learning, and “goodly” status?

Why does Nephi mention both afflictions and favor in his very first paragraph?

Does Nephi’s great knowledge of the goodness and mysteries of God have anything to do with all the “learning” of his goodly parents?

Nephi speaks of the “learning of the Jews.” Is this different than the learning of his father? In 2 Nephi 25:2, Nephi speaks poorly of the Jews and their ways. Why is it important that Nephi also mentioned the Egyptian influence in his father’s language? Does the “language of [Nephi’s] father” mean something more than the written language Nephi etched into the plates?

Nephi twice uses a form of the word, “know.” What does that tell us? Is this something more than belief? Is Nephi offering us conjecture? How does he “know” these things? Is it significant that Nephi is making this record himself, with his own hand?

4. For it came to pass in the commencement of the first year of the reign of Zedekiah, king of Judah, (my father, Lehi, having dwelt at Jerusalem in all his days); and in that same year there came many prophets, prophesying unto the people that they must repent, or the great city Jerusalem must be destroyed.

Does it matter that Lehi dwelt “at” Jerusalem, rather than “in” Jerusalem?

How is it possible there were “many” prophets prophesying? Can there be more than one at a time? Is Lehi one of them at this point, or merely one who believes them?

Why was Jerusalem slated for destruction? What does it take for the Lord to get to the point of destroying a city? Is this something more significant than typical wickedness and godlessness? When else has God destroyed people, and why? What does God do before the destruction?

5. Wherefore it came to pass that my father, Lehi, as he went forth prayed unto the Lord, yea, even with all his heart, in behalf of his people.

Why does Nephi mention that Lehi prayed, “as he went forth?” What does that mean? Was this inside Jerusalem, or outside the city wall?

Is it significant that Lehi prayed “with all his heart?” How do I do that?

Lehi prayed in behalf of his people. What does that say about Lehi? What was he trying to accomplish? Can one man really make intercession on behalf of a whole city?

6. And it came to pass as he prayed unto the Lord, there came a pillar of fire and dwelt upon a rock before him; and he saw and heard much; and because of the things which he saw and heard he did quake and tremble exceedingly.

Why was there a rock before Lehi? What was the rock for? What was Lehi doing there? Did Lehi know something about approaching the Lord that we no longer remember or practice? 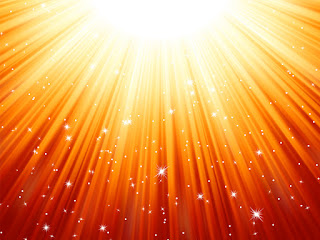 Is this similar to what the Nephites witnessed at Bountiful when the Lord opened the heavens and angels descended in the resulting pillar of fire, to encircle the children? (3 Nephi 17:24)

Is this similar to the event when the Nephite disciples were baptized—when the heavens opened, and angels descended in a pillar of fire? (3 Nephi 19:14)

Is this what happened to Nephi and Lehi in the prison when they were encircled in fire and conversed with angels? (Helaman 5)

Is it significant that each time there’s a fiery corridor mentioned, heavenly beings come through that portal to minister to men on earth? And men looking up through the corridor see into heaven?

What did Joseph Smith see in the pillar of fire?

Lehi “saw and heard much” when the pillar of fire encircled his altar. What might he have seen? Is it any wonder he had cause to quake and tremble exceedingly? Is this part of Lehi’s “learning” that Nephi took pains to mention in verse 1?

How did Lehi succeed in opening the conduit to heaven? How can I?

7. And it came to pass that he returned to his own house at Jerusalem; and he cast himself upon his bed, being overcome with the Spirit and the things which he had seen.

Why did Lehi collapse into bed when he returned home? What is the effect of such glory as he beheld, on mortal flesh?

8. And being thus overcome with the Spirit, he was carried away in a vision, even that he saw the heavens open, and he thought he saw God sitting upon his throne, surrounded with numberless concourses of angels in the attitude of singing and praising their God.

What was it about Lehi’s response to the encounter in the pillar that caused the vision to continue when he returned home? Is this similar to Joseph Smith having multiple visions throughout the night and into the next day?

Where was Lehi taken in his vision? Who did he meet there?

And so here we find ourselves, only eight verses into the Book of Mormon—barely on page 2—with Lehi brought back into God’s presence and appearing before His throne. This is Redemption. This is, in fact, the fulness of the Gospel—shown and demonstrated to us by Lehi, and later by His sons Nephi and Jacob, and his grandson Enos. THIS is the theme of the Book of Mormon, and if you look carefully for it, you’ll see it repeated again and again throughout the book.

The Book of Mormon was written by those who successfully made the ascent through the fiery corridor into God’s presence. They wrote their experiences so you and I could come to understand the whole point of the Gospel.

Do we take it lightly? Do we turn away? Do we still pretend these are merely children’s stories and platitudes to teach courage, faith, persistence or obedience?

Is it any wonder the Lord condemned the whole church for failing to appreciate or even understand what was plainly written in the first eight verses of the most miraculous book in history?

“Come unto Christ” is not some metaphysical invitation to feel more closeness to Him. It is YOUR invitation to make the same ascent Lehi made; to pray with all your heart, to enter a pillar of fire, to see and hear much, and, having been true and faithful in all things, to be brought to the veil, converse with the Lord, receive the invitation to enter, and stand before the throne of God.

You and I have received this invitation, engraved in Gold. What shall we do?

…While we were thus employed, praying and calling upon the Lord, a messenger from heaven descended in a cloud of light, and having laid his hands upon us, he ordained us…
—Joseph Smith History 1:68
Posted by Adrian Larsen at 11:26 PM