And it came to pass that I looked and beheld the whore of all the earth, and she sat upon many waters, and she had dominion over all the earth, among all nations, kindreds, tongues, and people. And it came to pass that I beheld the church of the Lamb of God, and its numbers were few because of the wickedness and abominations of the whore who sat upon many waters.

Many of my friends, family members and loved ones belong to the Church of Jesus Christ of Latter-day Saints. This is not surprising, given that I also belonged to that church for much of my life. The church has changed in many ways since they excommunicated my wife and me six years ago, to the point that much of what that church teaches, believes, and does is increasingly foreign to my experience as a faithful member of nearly 40 years.

I’ll spare you the lengthy and rapidly increasing list of changes that have taken place as the church attempts to forge a completely new identity and rebrand itself into the world’s premiere mainline Christian denomination. Instead, I’ll just focus on a single, curious facet of the marketing makeover that caught my attention.

I first started noticing right around Thanksgiving last year, when the church excitedly announced that President Russell Nelson would be giving a pre-recorded YouTube “Message of Hope and Healing.” What struck me was the number of times the word “global” appeared in the announcement and subsequent press releases (I added bolding in the examples):

“Russell M. Nelson, a global faith leader and president of The Church of Jesus Christ of Latter-day Saints, has a new message of hope, healing and unity…”

“…read President Nelson’s personal account of when and how he received inspiration to offer this global prayer of gratitude.”

“The Story behind My Global Prayer of Gratitude”

This huge emphasis on the “global” nature of the church is not coincidence. A quick glance around the church’s News website yields an unending supply of examples:

“Liahona to Provide Universal Messages for a Global Church”

“Global Effort to ‘Light the World’ Generates Donations for Charities”

“The redesign [of the Church Office Building Plaza] will also emphasize and celebrate the global makeup of a Church of more than 16.5 million members in 196 nations and territories…We will remove this fountain, and we’ll have a large circle of flags here from many nations of the world to celebrate the international nature of The Church of Jesus Christ of Latter-day Saints.”

So, you get the picture. The marketing types hired by the church to do the re-brand clearly polled and focus-grouped numerous terms and ideas, and settled on “global” as in important identity marker to help the church gain wider acceptance and prominence. 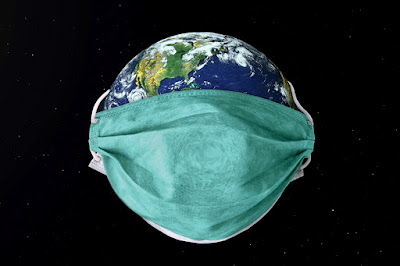 The “global” identity marker was even further bolstered by the First Presidency’s “Statement on Vaccination”:

“As this pandemic spread across the world, the Church immediately canceled meetings, closed temples, and restricted other activities because of our desire to be good global citizens and do our part to fight the pandemic…As appropriate opportunities become available, the Church urges its members, employees and missionaries to be good global citizens and help quell the pandemic by safeguarding themselves and others through immunization.”

So now it’s not merely that the church is “global” but is also made up of “good global citizens” encouraged by The Prophet™ to be such. (They’ve also amped up the Prophet identity, but that’s a different story for another time.)

“As a worldwide organization, we have an obligation to be good citizens and to act with caution as it relates to such a unique setting as general conference, which traditionally brings thousands of visitors to Salt Lake City from around the globe.”

These sentiments fit well with the general “woke” agenda the church is now openly pursuing, including endorsing Black Lives Matter and racial conflict, supporting LGBTQ issues, emphasizing government control, encouraging loss of basic freedoms, and reacting with fear by calling for greater government control during these challenging times. All this while openly condemning those with conservative political views. 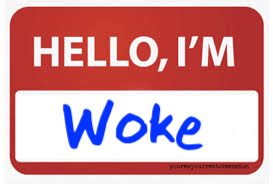 Indeed, the “global citizenship” movement is embraced and promoted by the UN under many auspices and organizations, ultimately promoting a new world order, one-world socialist government, population control, forcible redistribution of wealth, radical climate-driven agendas, anti-patriotism, loss of national identity, and every other item on the hard-left wish list.

By continually using the language and buzz words of the global citizenship movement, the church is clearly signaling their abrupt change in direction and emphasis. They want to be accepted as part of the “woke” club, and become a major global player. Evidently, their marketing firm has convinced them this is the key to future growth and acceptance of the church that until recently was viewed as strange, culty, and not at all part of mainstream religion. In the face of dismal growth and decreasing activity statistics across the board, the church has chosen to embrace what is popular, worldly, and promoted by athletes, celebrities, politicians, social media companies, Hollywood, and big tech.

But hey, it’s their church, and their right to stand for whatever they choose. In fact, I believe you can build a good case from scripture that being a good global citizen is part and parcel of the gospel.

Let’s look at the lives of some of the prophets…

We’ll start with Noah. He was certainly a good global citizen. He preached repentance, was rejected, and rescued his family. Then, shut up in the ark, he waited out the deaths of, well, everyone on earth.

Hmmm…scratch that. Not such a good global citizen after all.

But wait! Abraham! Shining example there, right? Well, other than that business with Sodom and Gomorrah and Lot and all the killing and capturing spoils…yeah. No. Hmmm…

Enoch! Now there’s an example to be emulated! He preached repentance and offended everyone…mostly because everyone feared him, so much so that they all fled to a new land to get away from him. Ultimately he and his people left this world entirely. So…not global citizens at all.

Let’s get right to Lehi.

Wait, no, never mind. Not nearly woke enough. He couldn’t even find acceptance in Jerusalem, let alone a major city. He just couldn’t stop offending everyone!

Nephi? Couldn’t even get along with his brothers.

Jonah? First refused to minister where he was needed, then spread fear and condemnation.

Paul? No respect for authority.

Captain Moroni? Too patriotic! He forced people to support the cause of freedom. That is so un-woke!

Hmmm. I’m having a great deal more trouble coming up with examples of woke prophets being good global citizens than I thought I would, given the “Church of Jesus Christ’s” emphasis on this idea.

So what about Jesus Christ? Good global citizen? Loyal subject? Kept all the rules? On the right side of the issues? Obeyed the leaders? Broad minded and inclusive? Tolerant? Didn’t make waves and certainly didn’t make corrupt leaders feel threatened?

Uh…no. His own people wanted him killed, and the Romans didn’t find him loyal enough to defend. He claimed to be a king, for goodness sake, but said his kingdom was NOT of this world. Not a “good global citizen” by any stretch of the imagination. Everything he taught involved our reverence toward God, and treatment of our fellow humans in our immediate lives. He ministered to individuals; Global activism was never part of his agenda. Though leaders feared he would cause an uprising, he never did. He taught his followers to love and serve as he did, not to push for global change. He had the power to change the world, but he didn’t do so through activism or attempting to “cancel” his opponents. He understood societies change only when individual hearts are converted to righteousness.

True prophets preach repentance, and most often get hated or killed for it. They are awake and they awaken others to their awful situation before destruction. But they are not “woke.” They unapologetically preach truth, whether it’s popular or not. (Pro tip: It’s never popular.)

False prophets preach woke-ness, global citizenship, and a litany of ideas contrary to the gospel embraced by Abraham, Nephi, Enoch, Adam and Jesus Christ. In doing so, they seek to become popular and accepted in the world—which only happens on the world’s terms.

I can’t find a single “global faith leader” in the scriptures. That club is reserved for something distinctly unscriptural, un-Christian, and unwelcome in the kingdom of God. In fact, it’s starting to sound a lot like the great whore, who has dominion over all the earth, among all nations, kindreds, tongues, and people. A “global” faith indeed!

I’ll close with a distinctly un-woke message from an actual prophet:

Update January 31, 2022: A very interesting and alarming video on this topic has been posted to YouTube. I highly recommend watching it for a clearer view of the LDS church's agenda regarding globalism and wokeness. https://youtu.be/4X9p6s2Tlq0